Where to begin? I’ll start at the very beginning. I hear it’s a very good place to start.

My second novelette, D’mok Revival: The Aloan Conspiracy, is officially released!  Can you believe I had it mostly done back in January. However, my third novel and first novelette had released, and a lot was happening in my life. To be honest, I was a bit burned out. Three full novels of authoring, editing, marketing, promotions, etc. in about a year and half was a lot of work. I loved it, but it really taxed me.  Remember, this is my hobby. I have a fulltime job and son, and somewhat of a life too. Thank God for great friends and family that keep me mostly sane.

Honestly, I wanted to release the second novelette earlier than July! But a few things were happening.

Okay, and being honest:

4. I started taking some new medications for my arthritis which actually impacted my creative flow

5. The board game for D’mok Revival

I’m an over achiever, sorry.

The good news is now that the second novelette is out, I can really focus on the next big things. Sometimes you have to get rid of one of the balls being juggled in the air.

So, given I’m only one person, what’s the next main opportunities here? I have focused my work on one major effort, the next book in the D’mok Revival series (technically book 4, but it can also stand alone as the start of a new trilogy). It’s called D’mok Revival: New Eden (Note: the name changed from D’mok Revival: Reunification as noted in the Final Note section of book 3. It just didn’t feel right. New Eden sets the tone for things moving forward too.)

Back in 2010, at another major turning point in my life, I wrote a fourth book for the D’mok Revival Series. It picked up about a year after book 3, D’mok Revival: Descension. There were many things unanswered coming out of the Nukari Invasion Trilogy. This book not only answered them, but showed the impacts of a redistributed power base in the galaxy. The tone had been set for thing to come (namely the next two books in the D’mok Revival main series). Yes, this means there’s a new trilogy. ;p

The manuscript was around 80,000 words. After ripping out sections (The Aloan Conspiracy was actually the first few chapters of book 4), and making early revisions to the content, it’s already heading up towards 85,000 words. My guess is it will be as large as book 3 was in the end (around 94,000 words).

Remember the fourth manuscript was written before any of the editing changes happened in the first three books. My writing style has also evolved dramatically, so this rewriting process take time. The new medication I’m on for arthritis has also impacted my speed. I originally had two computers going in my brain full tilt with visions of scenes all the time. Now, I feel like an old Commodore 64 computer… lol.  Geek humor. I’m just not working with the same power and speed as before.  The good news is the content is better and more focused.

Then what is this about the “next two” novels?  Well, before I refined my focus, I started writing the first book in the first spin-off series called Weun Academy. Long story short, for those that have followed the main series, this new trilogy (yes trilogy) is named after Seigie Weun and follows the rise of prominence of “the boy with the green eyes.” I’ve mentioned a few more details in past blog posts, so I don’t want to be redundant with content. I have the outline for the entire trilogy, detailed notes for each chapter in this first book, and am about 60 written MS Word pages in. As soon as book 4 in the main series is done, I’ll move directly into this one and finish it.

It’s important to know that the prologues for both of these novels have been professionally edited by Arlene Robinson already. Why?  Good question!  I have include BOTH of them as sneak peaks at the end of the D’mok Revival: The Aloan Conspiracy novelette!  How cool is that?  You can get a look directly into the action of the next two FULL NOVELS right now!

I’m so excited to share these with you. Sometimes people don’t believe me when I talk about the full scope of the series. For the record, I’ve only told a few, because I don’t want people to think I’m just bluffing or puffing myself up. This story is very big. There’s so much to talk about. There’s also a reason I specifically said “the first spin-off…” But before I say more, I think I rather write the stories and then talk about it.

Keep sending me your feedback. What do you love?  What do you want to know more about? What things are slow, boring, not as interesting? Don’t worry, I don’t dramatically swing because of one person’s comments. I trend them and observe what the fans are saying overall. Regardless, your thoughts are precious to me, and they help me grow as an author and creator of this literary universe.

Thank you again for your ongoing support and thoughts! 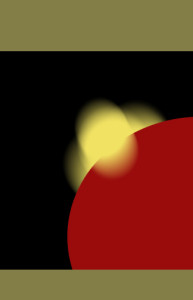 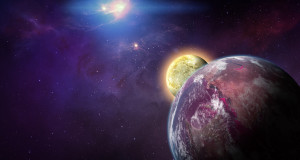 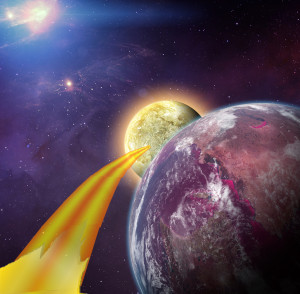